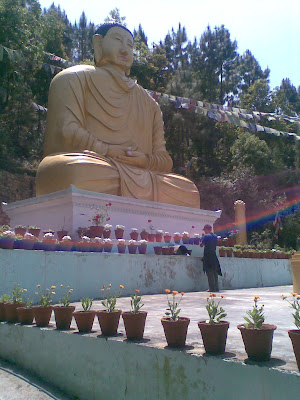 Budhha statue at ShantiBan
Shantiban was established in 2059B.S as a guest house. Later the idea was dropped and a Buddha shrine was established. Since then, several events have been organized including a Shantiban-Lumbini movement. Adding up to that, since last two years a vocational education on Buddha have been given to the local kids every Saturday. 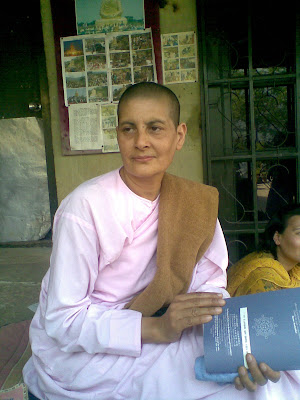 The GuruMa, I forgot to ask her name, comes every Saturday to teach the kids about Buddha and his teachings. 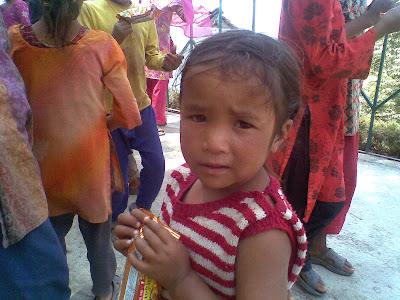 She was happy to get the trophy - a biscuit at the end of the class. We even got one. :) 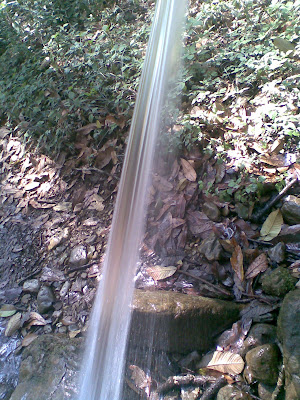